This morning, it happened.

I nearly fell off the shitter when I read that the MLB is instituting instant replay starting in 2014. I was relieving myself of a night's worth of solids reading the news on my phone and I almost fell off. Swear to God. I'm going to get a lot of crap for this but I'm going to say it: I hate football. I understand it's this grand game wherein one player is the main thrower, there's a kicker, and people score touchdowns and shit but do you know what happens for 90% of that game? No? I'll tell you what. Referees staring at goddamn instant replay screens trying to decide what the perfect call is.

Baseball is already a slow game. Why slow it down with getting every call just perfect?

If you're a sports fan you remember two types of moments in sports: the time your team won the big game and the time the big game was stolen from you. That's a beautiful thing. When a game comes down to one call, one out, one safe... you start to appreciate the human element to competitive sports.

Have we become so intolerant of mistakes that we must review every possible mistake to ensure the perfect game was called? Have we become so dependent on machines to interpret data that we can't trust our own fucking eyes? Sure, there'll be bad calls and there'll be good calls and there'll be calls that are so damn close that there's no way to truly know. That's the beauty of it. There's uncertainty. Let the umps call the games - they're an integral part of it. I'd rather have a human being make a bad call than an umpire staring at an endless video loop of a nano second of a disputed call to get it perfect.

I, for one, enjoy saying things like, "Is that umpire blind? What the Hell? Get your eyes checked, fatty!" when I'm watching a baseball game.
Posted by Andrew Hilbert at 8:15 PM No comments:

My Talking Dog now up on the Slagdrop!

My story, "My Talking Dog," is now up for your enjoyment on the Slagdrop. Click here to hear it, read it, and enjoy the illustrations by Todd Mein. 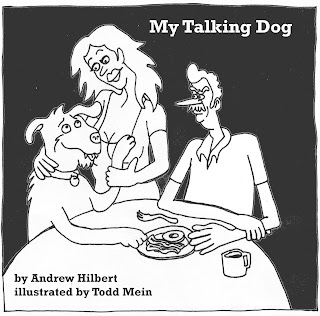 I had a good time recording this one. I made a theme song for it, played me some guitar, some ukulele, and some singing. Hope you enjoy it.

Longbrief Vacation from the Cheese. I'm back.

It's been a long time since I've posted. Last time I posted I wrote about a cop-family killer and now he's dead.

I've been hard at work on a new project called The Slagdrop. If you click that name, it'll take you to our site.

Basically what we're trying to do is marry many art forms into a website designed to get short stories heard. It's a "collective" more than a traditional magazine where many people can submit (although we are going to be quickly transitioning into that).

Why are we doing this?

The whole world has changed. Means of distribution have been diluted so much that artists rarely get paid for their work unless they're getting published in the New Yorker. The short story, a form that Americans love but a form that writers can't generally make a living off of (except for George Saunders), is extremely hard to place and most small presses don't pay a damn thing for the honor of showcasing them.

While we can't pay much, the plan is to have a site run on donations. Writers will get pretty token payments as an appreciation for allowing us to have their story. All stories, with few exceptions, will be recorded as an mp3 so readers can become listeners and engage with the story anywhere they want. Download it, listen to it while you exercise or run, sit in your car in traffic; you will not be limited to sitting in front of your computer and staring at a screen to enjoy the story.

We're planning big things. We have a live show coming on May 25th. We want to publish an anthology with a download code for the mp3 album of every story in the book. We want to take the show on the road.

All of this can be done by sharing our page and encouraging people to donate.

To make things really easy, here are individual links to every story published so far:

http://slagdrop.com/home/2013/04/05/fecal-matter-in-the-water-cortin-a-zelaznog/ - Fecal Matter in the Water
Posted by Andrew Hilbert at 11:30 AM No comments:

I've sat back and watched people comment on this story for about a week now but I do feel it's time to say something as it hits close to home. I grew up in the same town that Christopher Dorner is from.

Chris Dorner is no hero.

The world owes Dorner nothing.

I see plenty of anti-war liberals saying that Dorner has a "point." Your bullshit has now been called. Our governments are reflections of our societies so if you're against war and violence, it's time to start speaking out against it in your own country, in your own states, in your own cities. We will never have peace on a global scale without peace on a community scale.

The LAPD are no angels. They are brutal at times, they deserve to be called out and cleaned out through legal means, but if you are crying out against one instance of police brutality and you go around targeting innocent people, you have NO moral argument. You are every bit as bad as the enemies you are warring against.

Every mad man has a manifesto that he believes absolves him of all guilt for his actions. The joke's on you if you fall for that.

Why is it that some people are so quick to take this guy at his word? Do we know what actually happened? I suspect these are people who simply hate cops and want to see as many dead cops as possible regardless of who's doing it.

This is not the "cool" opinion to have but, here's a newsflash, cops are human beings. They have families, they have people who love and hate them, they hate and love just as anybody else. Not every cop is crooked. So enough of this bullshit. This guy got fired over circumstances that are largely unknown to the public. We only have one side of the story and that side is coming from a guy who supports gun control but is going around shooting people vaguely connected to his troubles with guns. He wrote a 20 page manifesto that, at one point, compliments the First Lady's new hairstyle. If you take that kind of shit at its word the first time you hear it, you need to strengthen your bullshit detectors.

The LAPD isn't a shining beacon on a hill. They shot up a truck that matched the suspect's and two innocent ladies were shot. They do need to clean house and treat their citizens better. Christopher Dorner is not the man to lead that charge. He is a cold blooded murderer and I have absolutely no sympathy for him. He has no honor and he believes the world owes him something because he believes he is something more than the world.
Posted by Andrew Hilbert at 11:23 AM 1 comment:

I demand to be looked at.

He complained that I cut off his sideburns so I straight up killed him.

Posted by Andrew Hilbert at 8:03 AM No comments:

North Korea has officially stooped to cyber bullying which is the only resort for cowards and leaders who steal food from their people to spend money on shitty karaoke videos proclaiming that they will destroy the United States.

When the history of Earth is written by space aliens from the Pleiades, will they say that civilization was destroyed by a man who loves American music and making 3am call spoof music videos?

There are no solutions to this problem. We labeled North Korea part of the Axis of Evil, then we attacked Iraq. Iran and North Korea took note: The United States only attacks countries without nuclear weapons. They did the logical thing and pursued a weapons program.

The difference between Iran and North Korea is that Iran is actually a semi-responsible government ruling over a country that is well-educated and has the most web-connected citizens in their region. It is not in Iran's interest to blow up other countries because they do business with quite a few of them.

North Korea is the Cartman of the world. It demands to be fed because they can't feed themselves. Other nations, nations that North Korea threatens with destruction on a daily basis, sends food meant for their starving people. Most of that food is stolen by the ruling class in Pyongyang while the rest of North Korea starves. North Korea has no interest in the consequences of nuclear war. They have no consequences; they're already the most isolated nation in the world that is driven by a cult-worship of one family. There are no ideals behind their rhetoric. The Kim dynasty is in power for power's sake and nothing else.

And the world can't do a damn thing about it because North Korea has nuclear weapons and they will use them if backed into a corner of life-and-death.
Posted by Andrew Hilbert at 7:24 AM No comments:

The only time I have ever been to a Burger King is during a lunch rush and the Burger King is right next to a McDonald's whose drive-thru line wraps around the building a few times so I'm no Burger King expert. Now that Burger King is in the news in a big way, I thought I'd comment.

Horse meat ain't so bad. It's even better when it's mixed in with beef. The only reason we are disgusted with eating horse meat is because we are used to seeing horses as majestic animals that little people ride on for money in Kentucky. If horses possessed special skills besides farting and mooing, we'd be disgusted by their meat too. Horse meat is higher in protein and lower in fat and nobody noticed a difference in taste until somebody tested the meat. Who cares? Any fast food burger pales in comparison to a real barbecued one, why not leave it up to the gods whether there's any other kind of meat in there?

If McDonald's was Jack in the Box, they'd capitalize on this. They'd have billboards that say, "NO HORSES HARMED." McDonald's is not. McDonald's maintains a sterile and safe advertising strategy. This has worked wonders for them. I'm lovin' it. 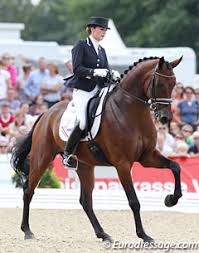 Fun Fact: Horse riders warm their buns on horses before they eat them.

When I was but a lad, my father used to say Jack in the Box tacos were made out of kangaroo meat. He didn't like Jack in the Box and this was done to gross us kids out. It didn't.

"If this is kangaroo meat, I fuckin' prefer it," I said seconds before a fresh bar of Irish Spring hit my mouth.

We're eating crap anyways. Horse meat is legal everywhere and was only made legal in the United States recently because Americans can't get over eating their friends. The issue should be that Burger King is mislabeling their meats, not that they're expanding our tastes to a more exotic palette.

Look, I've eaten a gator sausage. Alligators can be cute and cuddly but, god damn, chunk them up into a sausage and I'm salivating.

Listen, I don't want to beat a dead horse too much but you've got to tenderize it.
Posted by Andrew Hilbert at 3:22 PM 4 comments: 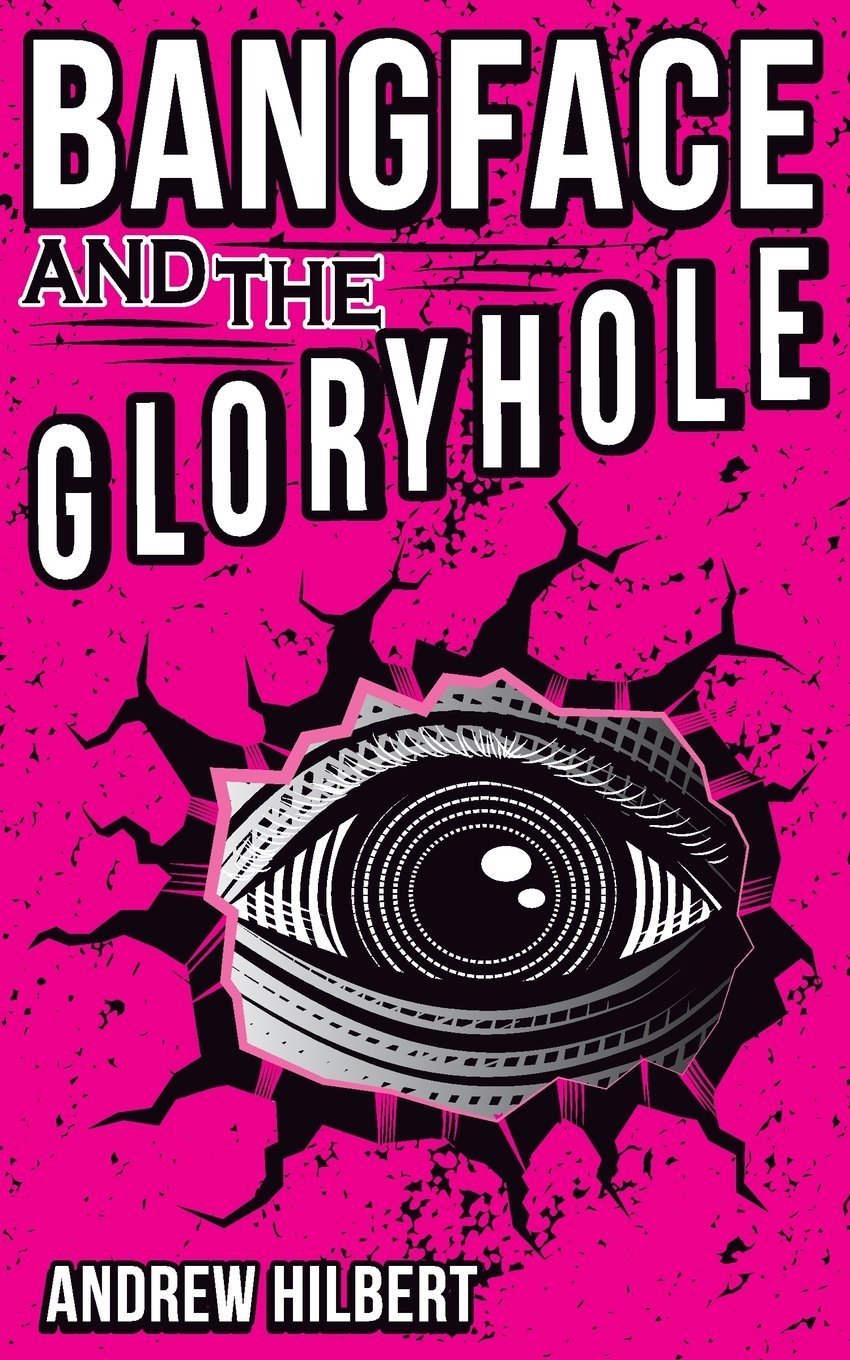 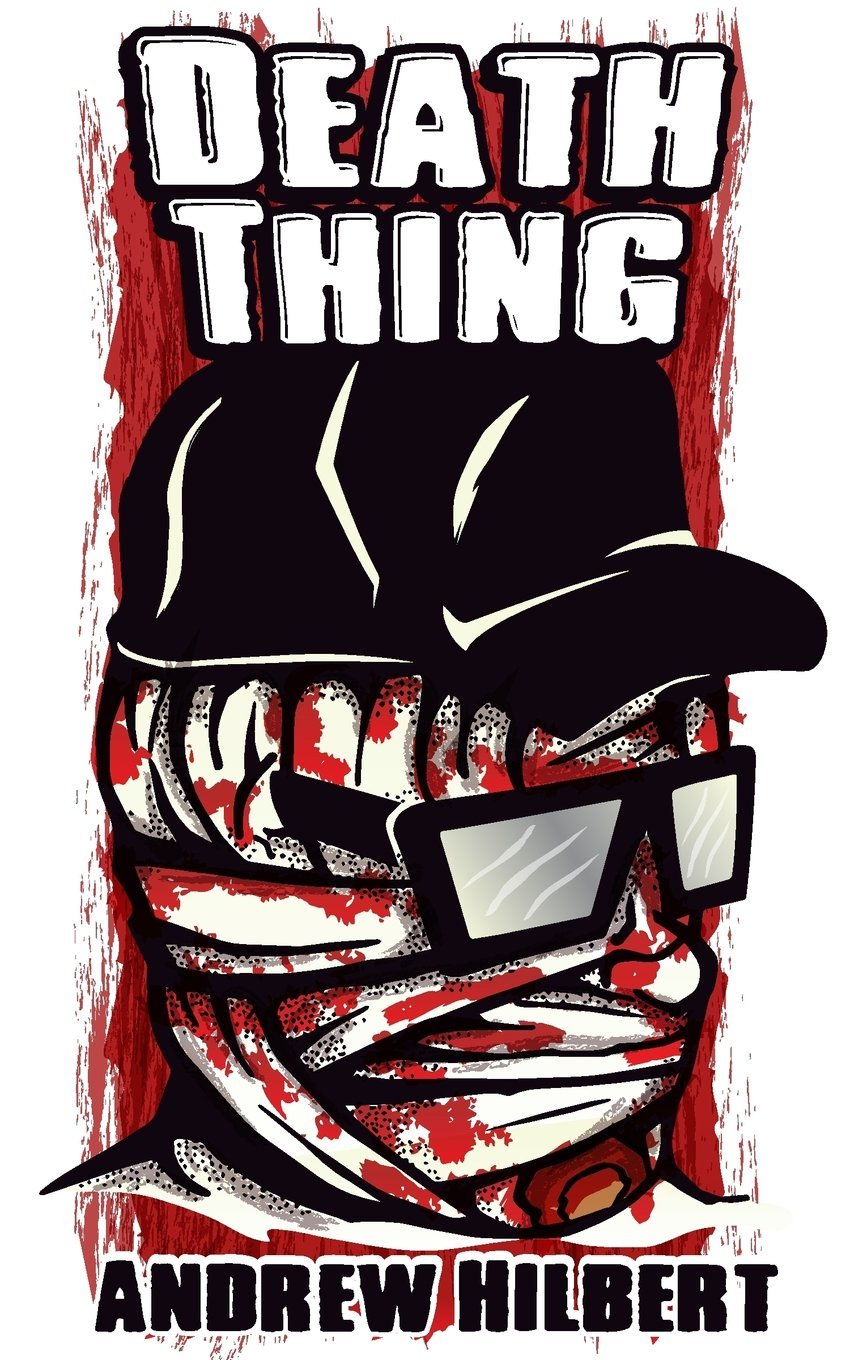